The following information and chronological table are a summary of the entries from the World War One service record of Alfred James Wine (Jnr). Born in New Zealand, he enlisted in New Zealand Army.

New Zealand had a similar scheme with 26 prefixes. Alfred's regimental number is prefixed "2/" which indicates that he was in the Artillery. See New Zealand Regimental Number Prefixes

A summary of the NZEF organisation is here.

I have extracted the following table for the Western Front.

Concentrating on the organisation of the New Zealand Field Artillery, we can see that Gnr Wine was posted to a number of units. They include the 1st Battery and the 4th Howitzer Battery and the Ammunition Column.

Shoulder badges [l to r] of the 1st, 2nd and 3rd Brigades of the New Zealand Field Artillery. Cloth patches sewn on the backs of uniform jackets from October 1916 identified which unit or sub-unit an individual belonged to. 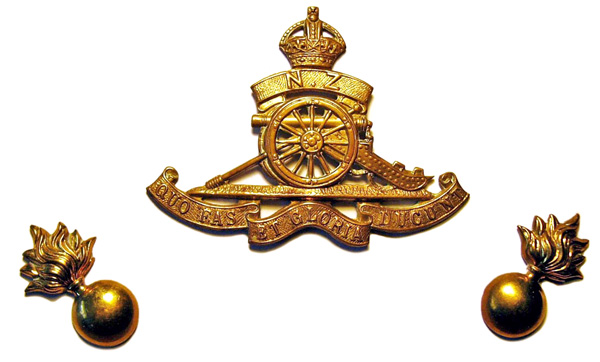 Cap and hat badge and collar badges of the New Zealand Artillery Corps. 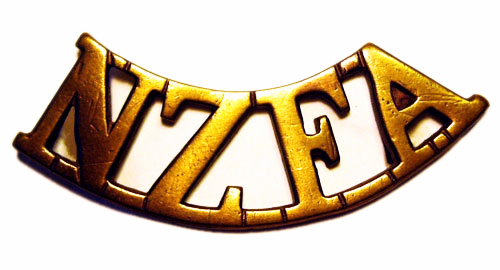