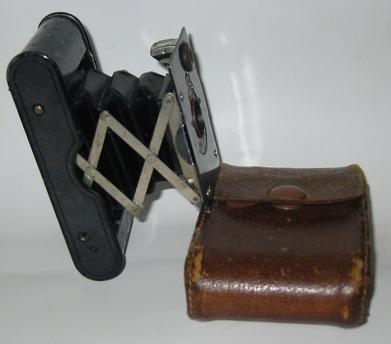 The body is slightly scratched and bears the serial number 5288 (some 1.7 million of this general model were manufactured in the years up to about 1924).This is an early model, borne out by the extremely low serial number and the fact that later cameras have VEST POCKET KODAK engraved below the lens.

Sold between 1912 and 1914 for $US12.00 this model camera is described by photographers as “One of the highest quality Kodak cameras ever made, the Vest Pocket Kodak used 127 film and had a very sharp taking [sic] lens.”

The "autographic" feature consisted of a small trap door in the back of the camera that could be opened to gain access to the backing paper of the film roll. The idea being that once a picture had been exposed, this trap door was opened and, using a supplied metal stylus, the photographer scratched any details of the picture into the backing paper. This would result in a thinning of the paper, and by directing the open trap door to light - the details would be recorded photographically in the gap between negatives.

It has a patented ball bearing shutter that is very reliable and durable, so most of the existing cameras still operate quite well. Its compact size and reliability made it a favourite with soldiers, and many were carried during World War 1.

This particular camera was carried by 934 Private Albert Edward Mitchell, of the 20th Battalion, 5th Brigade of the Australian Imperial Force in Australia, Gallipoli, Egypt and France from his enlistment on 23 March 1915 to his discharge on 3 September 1919. 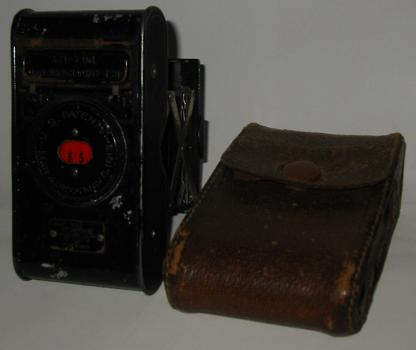 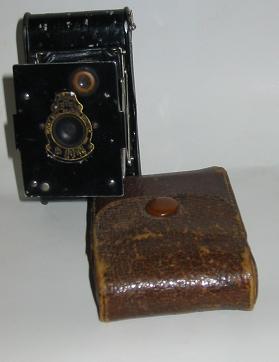 With the death of Albert Mitchell, at age 29, the family was in some turmoil and there are no WW1 photographs which can be attributed to the camera.

It was used up until the 1960’s by his son, Albert Edward Mitchell, (known as "Taylor" after the death of his father and the re-marriage of his mother in 1925) and passed on to Clive Mitchell-Taylor in 2001.