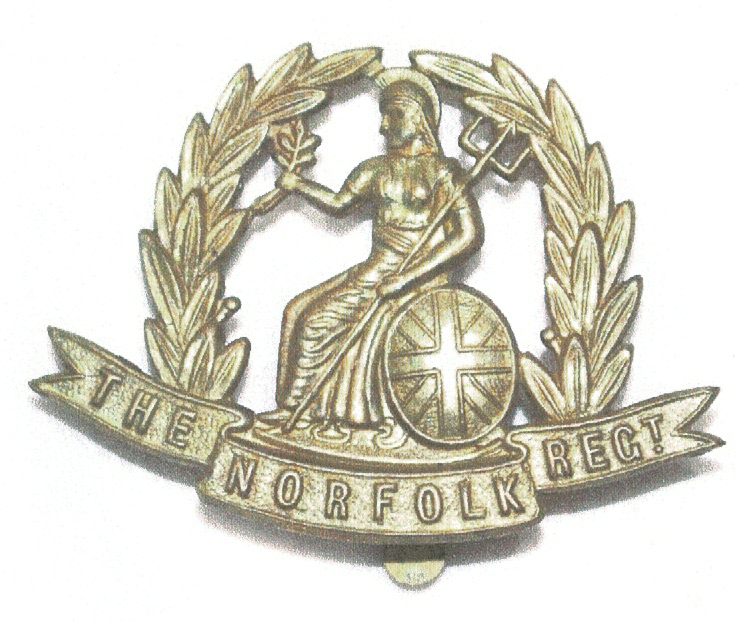 A labourer when he enlisted, Private Bertie Howard was a member of the Territorial Army (TA) element of the Royal Norfolk Regiment. The TA is the equivalent of the Australian Active Army Reserve, although the British regimental system is vastly different to that in Australia. Each regiment had Regular Army battalions, TA battalions and service battalions, all with different levels of training and readinesss.

He was born on 14 Apr 1916, and the POW record shows that his unit was the 5th TA Battalion of The Royal Norfolk Regiment, and his Next of Kin was his wife (name not recorded) who lived at 5 Moorgate House, East Dereham, Norfolk.

In October 1941 the division left England, assigned to the Middle East. Like the Australians and Indians, they would find the situation in Malaya and Singapore was dire as the Japanese advanced through the peninsular. Many of the troops of all three nations were raw, with little experience, the units themselves often poorly led and poorly trained while those lately arrived had no experience of the climate, the terrain and the conditions they would find. The 5th Battalion landed in Singpore on 13 Jan 1942 and just 33 days later was forced to surrender. in what was Britains worst ever military defeat.

The Australian troops of the 8th Division reassigned from North Africa and brought back up to strength with recruits from Australia were strong and experienced, but fighting in the desert is not the same as fighting in tropical jungle. Poor senior leadership and poor tactics played a large part in the outcomes in MALAYA and SINGAPORE. The Australian division did not disembark in SINGAPORE until the 14 Jan 19142.

The lately arrived British 18th Division, and the understrength 8th Australian Division combined with two Indian divisions and altogether made up the bulk of the military units that fought in the defence of SINGAPORE. The Japanese advance employed three divisions.

80,000 British, Australian, Indian and local troops were captured by the Japanese in SINGAPORE and they were joined by the 50,000 troops who were captured in MALAYA. 27% of Allied POWs died or were killed while in Japanese custody and those who survived would remain POWs until August 1945.

The conditions in the SINGAPORE POW Camps were vile, but worse was to come, as the prisoners were marched north to toil on the Japanese railway, starved and beaten, with little food and no medicines but somehow building the railway, its bridges and cuttings as they went.

British Army records show that Bertie was captured on 15 Feb 1942 and liberated on 5 Sep 1945. and that he had been incarcerated in the Malai 2 Camp in Serangoon Road SINGAPORE, then other camps such as Chunkai, Tamakan Bridge, RANGOON prison and was in Tamuan Camp near KANSCHANBURI when he was liberated together with other British, Australian and Dutch prisoners of war. He was a drummer in the band and a worker on the railway.

The family have some photographs of unknown provenance, many of which appear to have been taken immediately after some POWs were released in order to record for posterity the conditions under which they were incarcerated, and the physical condition of the prisoners themselves. One of the photographs appears to be of Japanese or possibly locally enlisted asian guards - the resolution is insufficient to be sure, and there are no descriptions with the photographs. The final four photographs are those on which I have based my judgement that the photographs were taken after the prisoners were released, as they are aerial shots of the bombing of a bridge and other scenes.

Download the Japanese POW photos. CAUTION. Not suitable for children.

[Against all odds, some photographs were taken in Changi prison and some in other prison camps in circumstances when discovery of a camera or negatives would have meant almost execution of the prisoners involved.]

Abbreviations or acronyms which have a dotted underline can be expanded by moving the cursor over the term - e.g. WIA. The cursor will be replaced by ? and the expanded abbreviation will be displayed. This is gradually being incorporated into the site, replacing the the current expansion of abbreviations. There may be a discernable delay of about a second before the expansion is first provided.

This record of service prepared for Colin Howard and Julie Wallis by Clive Mitchell-Taylor June 2022.